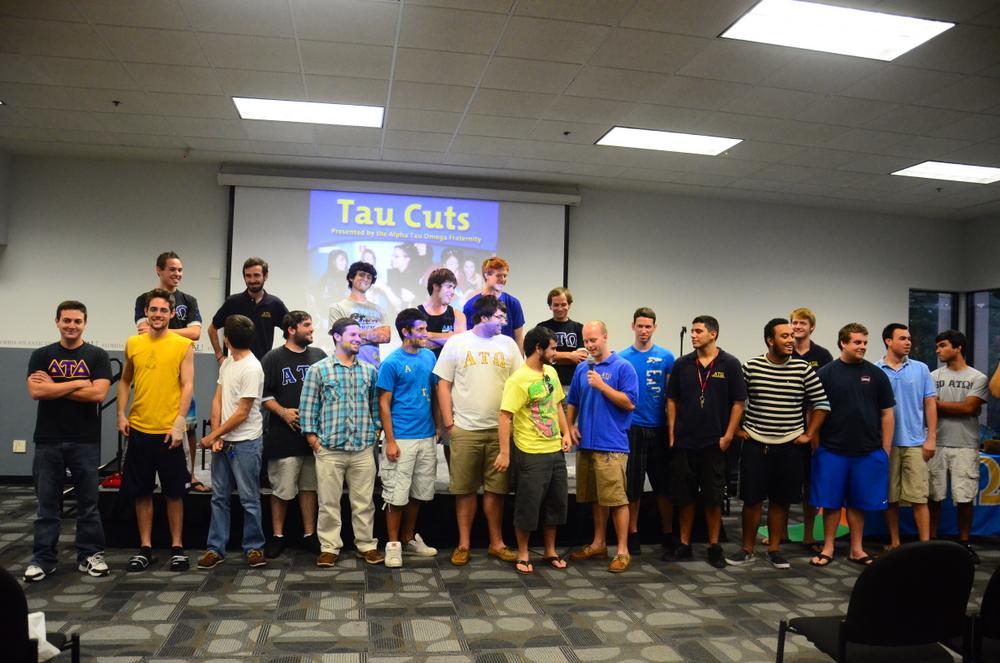 The brothers of the fraternity auctioned off the opportunity to shave their heads in various designs, such as Mohawks or patched hair.

All proceeds went to the Make-A-Wish Foundation, which fulfills “wishes” – like traveling to Disney World, or being a firefighter for a day – of children with life-threatening illnesses.

24 brothers offered to have their heads shaved. They’re required to keep whatever hairstyle is given to them for at least a week after the event.

Fellow fraternity and sorority members participated in the bidding.

Junior business administration major Chris Yevoli was auctioned off for $37.

This is Yevoli’s second time participating in the event.

Junior accoutning major Jeffrey Katz (Florida Atlantic ’09) boasted the highest bid at $300, except for one thing: The money was donated anonymously under the condition that Katz’s head remained unshaven.

“I’ve done this before, and my hair has gotten cut.” ATO raised $1,350 in hair cutting alone, according to sophomore international business major Brandon Pearl.

Brothers who didn’t attend weren’t shaved and had to pay a fee.

In years past, the fraternity raised anywhere from $300-$500, said Shepard.